Helene is proud to run her private practice, Solhene Acupuncture & Asian Bodywork, in Tucson, Arizona. Throughout her 27 years in business, she has gained many dedicated clients who have been blessed by her gifts of healing and special touch.

Using her 27 years of touch experience with the added complement of acupuncture in recent years, she can now focus on the organs in addition to the skin and muscles – treating the body as a whole. For the past 7 years, she has been training and incorporating acupuncture and other Chinese medicine modalities into her practice – including Nutrition, Cupping, Moxa, Guasha, and Qigong.

Helene is always evolving as a person and as a therapist. She is honored to be able to offer assistance to her clients on their journey to wellness as helping others adds richness and meaning to her life’s work.

Helene was born and raised in Switzerland. Her parents were social workers, and by growing up in this caring environment, Helene developed an intuitive knowing and compassionate concern for others, which is definitely reflected in her Bodywork practice today.

Helene’s interest in science and the medical field first led her to study pharmacology, which developed into work as an assistant pharmacist. She had her first experience in alternative medicine when she took a Reiki workshop in 1991.

At the young age of 20, Helene left Switzerland and the comfort of her family for Santa Fe, New Mexico. She had received a scholarship from the Nizhoni School for Global Consciousness where she had the honor of studying with Chris Griscom for two years. She completed the program of Academic study and Spiritual development and graduated with an Associate of Arts Degree.

Helene continued her education at the New Mexico School of Healing Arts to become a massage therapist in 1995. The same year, she moved to Tucson and joined the Desert Institute to study Zen Shiatsu. During this time in Tucson, she also completed a four-month certification in Conscious Connective Breathing (Rebirthing) with Patricia Coyne. 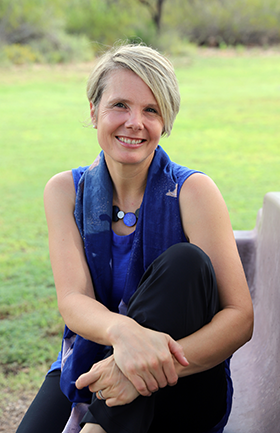 Ready to Make a Change?